Healthy eaters know that getting food quickly in a drive-through in Wichita is not easy to do.

Sure, fast-food restaurants have some healthier options, but choices are limited.

This reality is the inspiration for a new restaurant concept planned for Wichita called NuTree. It’ll be owned by Alex Mohr — the longtime general manager for Georges French Bistro and Chester’s Chophouse in Wichita — and he hopes to have his first restaurant open by next spring somewhere on the east side.

In the meantime, Mohr is planning to set up at a farmers market this spring and summer, where he’ll introduce Wichita to his concept and let people get a taste of food he plans to serve.

NuTree, Mohr said, will be like a traditional fast-food restaurant in that it’ll have a drive-through and items that come out quickly. But instead of burgers and chicken strips, his fast-food restaurant will serve healthy dishes designed to help with weight loss, boost energy and improve immune and gut health, he said. The menu will also include vegetarian, vegan and gluten-free options, and the restaurant will serve a breakfast menu as well.

“The idea is to kind of break the model of having to sacrifice quality of food for convenience,” Mohr said. “You’ll be able to get high-quality food in minutes from a drive though.”

Mohr said he’s been working on the idea for about five years. It started when he switched to a healthier diet, which made him feel better. But he’s also someone who’s always on the go, he said, and finding healthy food was always a challenge.

“I found that if you don’t meal prep, then you’re pretty much screwed,” he said. “There’s no options for healthy food when it comes to convenience in Wichita.”

Mohr learned about healthy fast-food restaurants that are succeeding on the east and west coasts and decided that such a concept would be popular with other healthy eaters in Wichita. He started his career with Georges and Chester’s owner George Youssef with the intention of gaining knowledge to pursue his project. Though Mohr left at the beginning of the year to start working on NuTree in earnest, Youssef is now one of his advisers.

While he looks for the right brick-and-mortar location, Mohr said, he plans to spend the spring and summer putting on pop-ups at local organic grocers around town. He also plans to rent out a booth at the Saturday-morning Old Town Farm & Art Market, where he can let people sample his food. He’s still submitting his paperwork but hopes to make his first farmers market appearance within a month then continue on an every-other-week schedule.

Mohr said his dream is that the restaurant catches on in Wichita and spreads nationally.

“I hope this is something that can really grow,” he said.

Denise Neil has covered restaurants and entertainment since 1997. Her Dining with Denise Facebook page is the go-to place for diners to get information about local restaurants. She’s a regular judge at local food competitions and speaks to groups all over Wichita about dining.

Tue Apr 19 , 2022
SAN JOSE — Eataly, a new Italian food marketplace that’s gearing up to open at San Jose’s Westfield Valley Fair center, is working to hire hundreds of workers for what could be a destination attraction in Silicon Valley. The food hall, which aims to tap the curiosity and innovation that’s […] 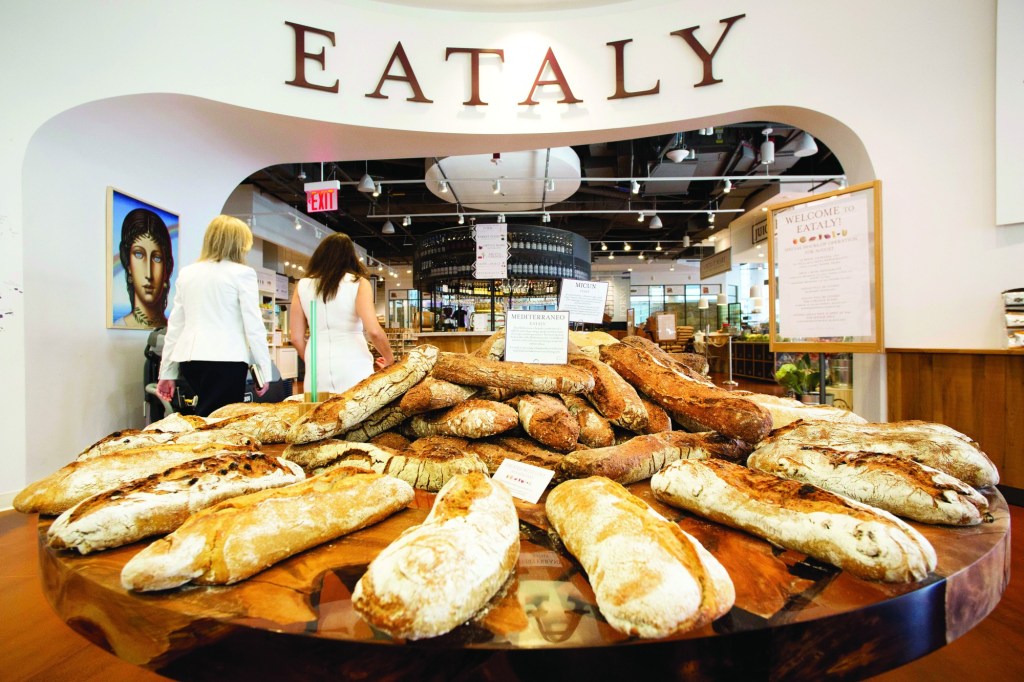