While I was away on a long overdue family vacation a couple of weeks back (I liked it; vacations really are a good idea!)- I received a question from a friend about, of all things, packaged peas. He didn’t specify that they were wasabi peas, but my impression was something along those lines. His question to me was: is this packaged thing “peas” (i.e., good) because the first ingredient is peas, or is it junk (i.e., not so good…) because there are other ingredients, too. I’ve been reflecting on that matter since.

There is way too much junk where food ought to be. But when, exactly, does food become junk? What is the dividing line?

The operational definition of junk masquerading as food has long been of the “we know it when see it” variety. Over recent years, however, that crude and unreliable gauge has been refined by the work of two people in particular. One has given us a qualitative advance, the other, quantitative.

The qualitative advance is courtesy of Michael Moss, who has written extensively about the manipulations of big food and the willful harms they do. I think it’s fair to say that any ingestible thing intentionally engineered to exert addictive properties- is junk. Of course, that begs the contingent question: how can you tell when a food-thing is intentionally designed to be addictive?

Sometimes the food industry makes that easy, by just straight out telling us. The iconic entry in that space is “bet you can’t eat just one,” which was a safe bet, and, frankly, a threat. Most of the time, though, addictiveness, like junkiness, hides at the point of purchase under a shroud of marketing distractions. The child’s breakfast cereal that is more sugar than cereal grain, with more sodium than your average potato chip along for the ride – will declare none of that on front of pack. Rather it will boast of its nutrient content, even though the nutrients in question are not courtesy of its food components. When the nutrients of which a food item can boast are not of the food, but hitchhiking- it is junk.

The quantitative advance is courtesy of Professor Carlos Monteiro and colleagues, and is called the NOVA classification. Professor Monteiro was interested in a clear definition of degrees of food processing, which culminate with “ultra-processed.” By creating strata based on degrees of processing, Monteiro and associates established a ranking, and thus a semi-quantitative scoring system, for the alterations of food from its natural state. At the end of that line is junk.

The NOVA classification is a great boon to nutrition research, enabling the study of association of intake levels of junk, defined consistently, with health outcomes (surprise: high intake of ultraprocessed food correlates consistently and strongly with poor diet quality, and poor health outcomes). At the point of purchase, however, it may be challenging to apply- leading to uncertainties like that of my friend snacking on those peas. The peas in question come with a number of other ingredients, including, my friend noted, canola oil. Still, they are peas, so – junk, or not junk?

My preference in such a case would be to review the details of ingredient list and nutrition facts panel, and render a case-specific verdict predicated on my personal expertise in this area. But that won’t help you when confronting some other edge case. There is something that may.

Years ago, my lab developed a “food label literacy” program for children, called Nutrition Detectives. Studied, published, and validated, the program is available to all at no cost, and is in wide use in schools around the world. Proven to help both children and their parents, the program teaches 5 clues to evaluate nutritional quality at point of purchase.

One of those clues is that the shorter the ingredient list, the better. The best of foods are whole and unprocessed, and have an ingredient list one-word long. For instance: broccoli.  Or, for that matter, “peas,” and nothing but peas.

But that’s not enough, because a packaged mix of many vegetables, or a mix of whole grains, will have a number of ingredients, but all of them good. So, another clue is that ingredients not recognizable as foods themselves are a red flag. Some time back, “partially hydrogenated oil” was among the worst of these. With that now mostly gone, “high fructose corn syrup” often now tops the list of most dubious. When all of the ingredients are familiar and wholesome, the whole is apt to be as good as the sum of its parts. My favorite cold breakfast cereal, for example, is a mix of several so-called “ancient grains,” all of them whole and wholesome, and so too their combination.

If you want to append the other three clues, help yourself. For our purposes here, these two will do.

To be clear, processing per se is not intrinsically bad. Cooking is processing, as is freezing. And spicing. Much of what is marketed under some false halo of implied virtue is junk, whereas not everything in a bag, box, bottle, jar, or can is: dried lentils in a bag; cooked chick peas in a can; extra virgin olive oil in a bottle; whole oats in a box are all wholesome, by my criteria, and according to NOVA.

What about my friend’s peas? Cooking oils are a special challenge; some are intrinsically healthful, some are not. The good ones can be ruined with chemical extraction methods. Canola oil is a good one if organic and expeller pressed. Given that, and the other ingredients limited to foods- such as spices- I think those peas are fine.

One final point, courtesy of Northern Cardinals in a snow-dusted lilac bush I was looking at through my office window while jotting notes for this column (the snow is now gone). I saw the male go to our feeder, return with a beak full of seeds, and pass them to his mate- who seemed quite appreciative. There was a lot more beak-tickling between them than the simple transfer of seeds required- and with spring around the corner, I can guess where that was headed.

My point is that for birds, and bees, and us – the right kind of food bespeaks love of one another. Junk does not know that language. You won’t tend to find that distinction on an ingredient list, but it’s important just the same.

Tue Mar 22 , 2022
I make many types of grain bowls and enjoy the flexibility. I can make them with whatever is left in my fridge at any given time. Or, I plan a themed grain bowl, such as Asian style packed with brown or white rice, and veggies one might find in a […] 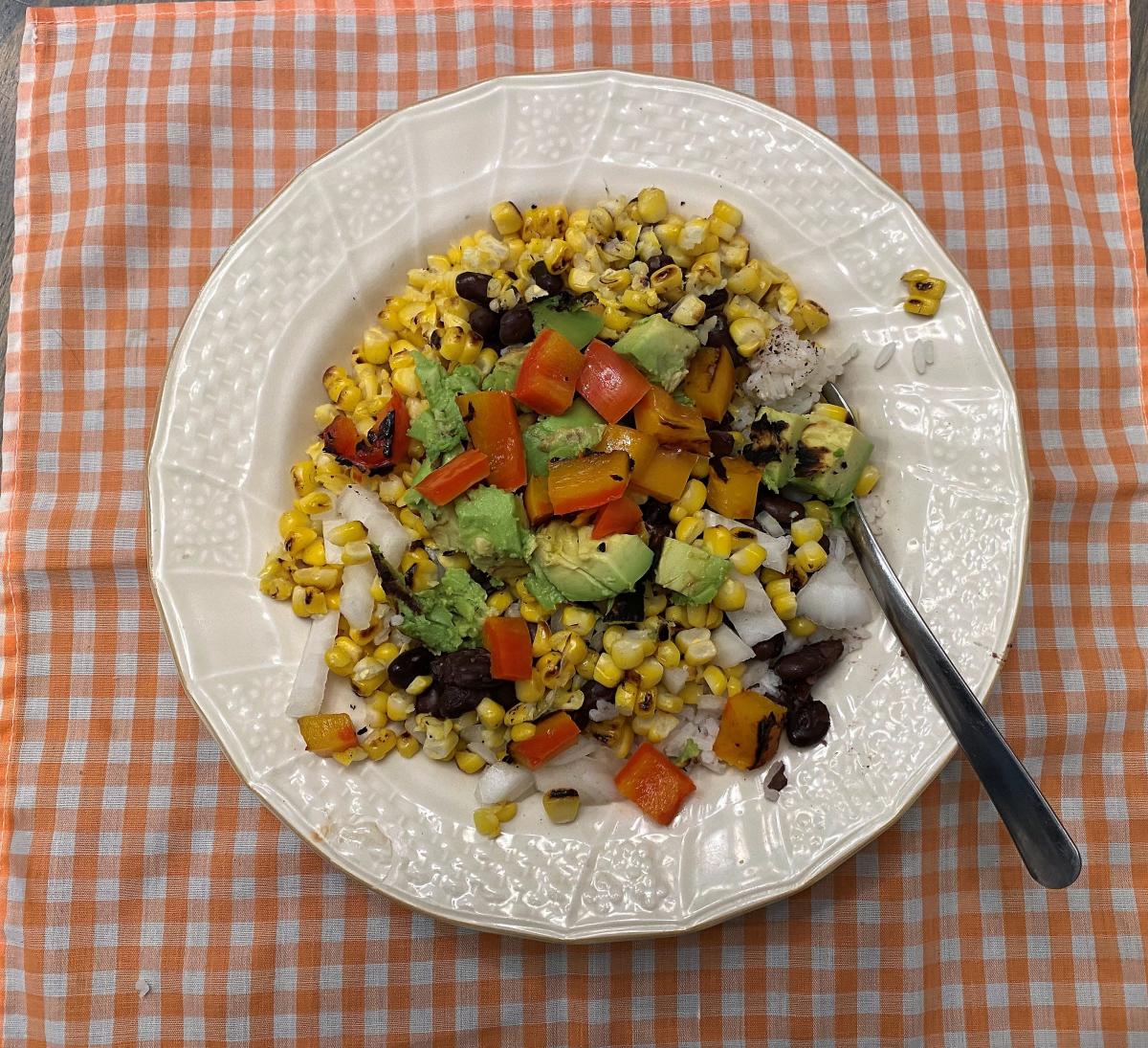