By now, you may have seen it. In the commercial, four women are playing bridge. One announces that it’s the last hand, as she’s heading to her granddaughter’s for dinner.

“Chrissie cooks?” one of the other women asks, somewhat skeptically.

In the next scene we see Chrissie pouring Ragú sauce into a pot. A voice tells us to, “Reach for the sauce that started in an Italian mother’s kitchen.”

The “Cook Like a Mother” commercial is part of a rebranding for Ragú, a “cheeky, new marketing campaign,” according to one press release. Another commercial shows a male firefighter who is proudly cooking like, you guessed it, a mother.

OK, I’ve known mothers (not my own) who are not dedicated cooks, just as I’ve known fathers who stay away from the kitchens. In fact, non-cooks are probably part of the target audience for the Ragú ad, which is telling them that cooking can be as simple as opening a jar.

Regardless, if the campaign gave credit where credit is due, it would say, “cook like a Rochester mother,” as Ragú began in the 1937 in the kitchen of a mother from here, Assunta Gala Cantisano.

She and her husband Giovanni, immigrants from Italy, and the rest of their family made the sauce that became Ragú in their northwest Rochester home, using tomatoes from their garden.

Ragú became increasingly popular; the company grew and grew. It was sold in 1969, and eventually the Ragú plant left Rochester. The sauce is now processed in Kentucky, and the company is owned by Mizkan America, Inc., which is based in Illinois.

Ragu: Started in a Rochester kitchen in 1937. Here’s what happened to the sauce company.

Assunta Cantisano was not the only Rochester mother to launch a food product. In the 1920s, Nancy Delmarle first cooked up Nance’s Sharp and Creamy mustard in her basement.

Another Rochesterian behind an iconic culinary treat would be Nick Tahou of garbage plate fame.

Nick Tahou was a dad, and, in the name of gender equity, it would be nice to have a food commercial that gave a shout out to dads. Alas, it might provide the ingredients of a Saturday Night Live skit. There dad is, at the grill, wearing an apron, barking orders, burning the meat, drinking too much. He’s cooking like a father, perhaps even a Rochester father.

Assunta Cantisano, Nancy Delmarle, and the Tahou family (Nick, et. al.) are all on our list of Remarkable Rochesterians.

Anna and Harold Clapp, who turned Clapp’s Baby Food into a national brand are among the Remarkables, as is Robert Wegman, who turned Wegmans Food Markets, Inc. into an industry leader.

Thomas Ferraro, the founder of Foodlink, a national model for food distribution to the needy, is also among the ranks of remarkables.

From his home in Geneseo, Livingston County, retired senior editor Jim Memmott, writes Remarkable Rochester, who we were, who we are. He can be reached at [email protected] or write Box 274, Geneseo, NY 14454

This article originally appeared on Rochester Democrat and Chronicle: Ragu, French’s Mustard, Wegmans all have roots in Rochester NY

Mon Mar 28 , 2022
Ravioli is just one of a hearty handful of homemade pasta on Ed’s menu today at Vita Bella Italian Kitchen & Market in Frankfort, along with Mama’s Meatballs and, of course, wood-fired pizzas. The restaurant opened in March 2021, almost exactly one year after the pandemic cost Ed his job […] 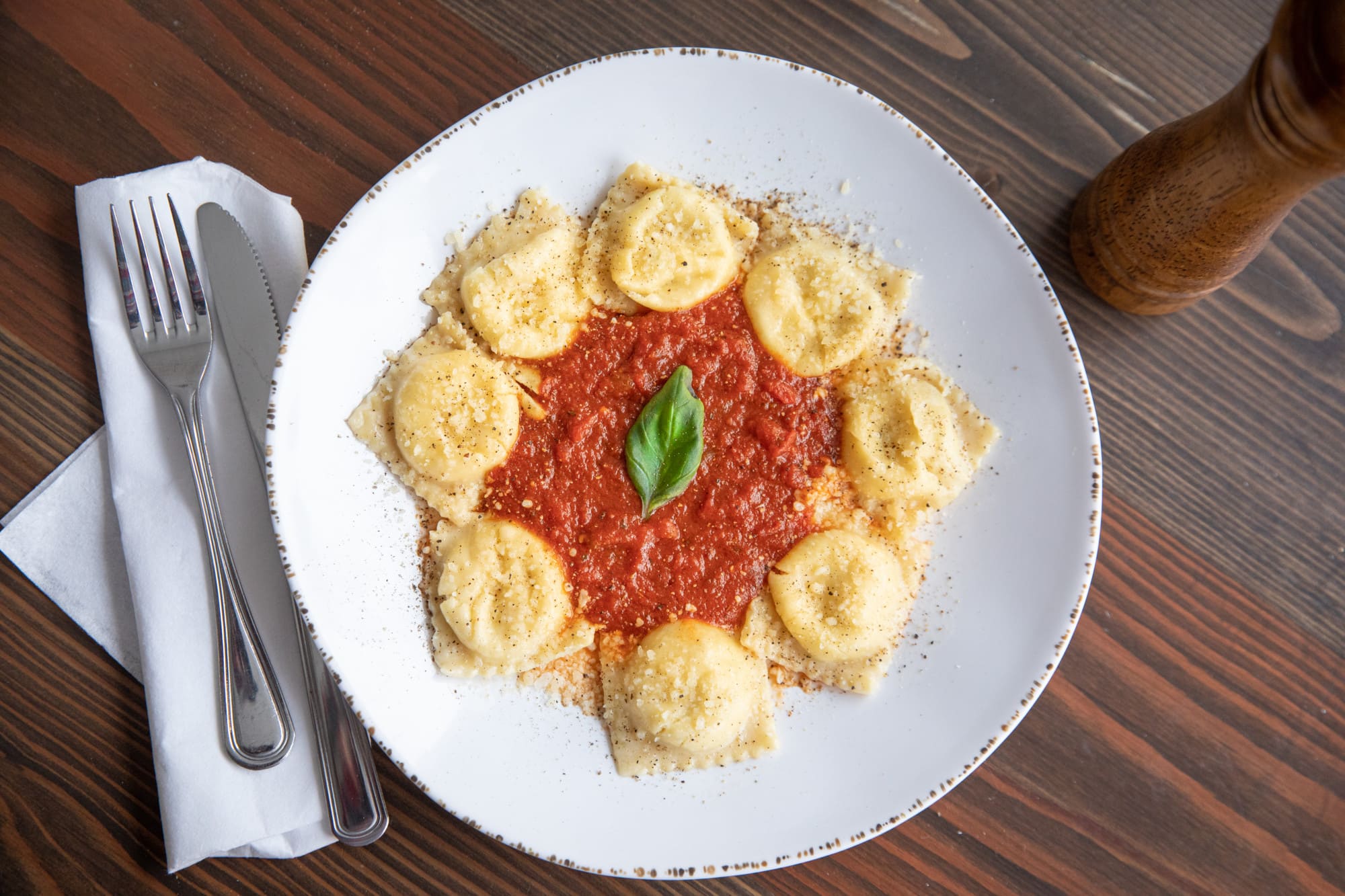