A mariachi band will perform Sunday in downtown New Kensington as part of the opening of the city’s newest restaurant.

Taqueria El Pastorcito will be open from 2 to 8 p.m. Sunday, with the band playing for a couple of hours in the mid-afternoon, owner and chef Jose Tecuanhuehue said. That differs from the restaurant’s regular hours, which will be from 7:30 a.m. to 3 p.m. Tuesdays through Sundays.

The restaurant is at 929 Fourth Ave., in a space that previously was a hot dog shop. While Tecuanhuehue has worked in restaurants before and operates a food truck, this is the first restaurant for him and his family.

“I’m excited, and I’m a little bit nervous,” said Tecuanhuehue, a native of Cholula, Mexico, who lives in Pittsburgh’s South Side neighborhood. “I trust God that I’ll be OK.”

The opening is happening about a month later than Tecuanhuehue had planned. Issues involving equipment, permits and licenses caused the delay.

“I learned a lot,” he said. Opening a restaurant “is not easy.”

Anyone wanting to get a taste of Tecuanhuehue’s food — including tacos, quesadillas and burritos — doesn’t need to wait until Sunday. He’ll have his trailer at this year’s first Fridays on Fifth, a food truck event along Fifth Avenue from 5 to 9 p.m. Friday.

Fridays on Fifth started in 2021. Tecuanhuehue attended all four held from July through October.

He is the first of the event’s food truck operators to open a restaurant in the city.

Tecuanhuehue will use the restaurant as the home base for his truck. He’s working on a second truck, which he hopes to have ready to roll in May.

Tecuanhuehue said he and his wife, Bernice, will work in the restaurant during the day and in their trucks after it closes. He has three employees now and plans to hire a couple more for the second truck.

Tecuanhuehue said he has taken his truck as far afield as Grove City but otherwise goes to locations in Pittsburgh neighborhoods. He can be found at breweries and does weddings, birthdays and parties.

The restaurant will feature all of the truck’s offerings and more, including a daily special and soups to match the weather. Breakfast will be served from 7:30 to 11 a.m., followed by lunch until 3 p.m.

Customers will be able to see their food being prepared at the front of the restaurant after ordering at the counter. Tecuanhuehue said the restaurant is decorated like a Mexican home and he plans to change it a couple of times a year.

Tecuanhuehue said he might add dinner hours based on how business goes and his ability to get employees.

“This is a family business,” Tecuanhuehue said. “We started from the very bottom.”

He’s eager for area residents to try his food and tell him what they think.

“We’re going to work hard to make everybody happy,” he said.

Sat Apr 23 , 2022
Taco Bell is bringing back a beloved menu item after a two-year hiatus and petition from fans. Video Transcript DOJA CAT: I brought back the Mexican pizza, by the way. [INAUDIBLE] BRAD SMITH: And that was Doja Cat. Yes, that was Doja Cat announcing, during her Coachella performance that Taco […] 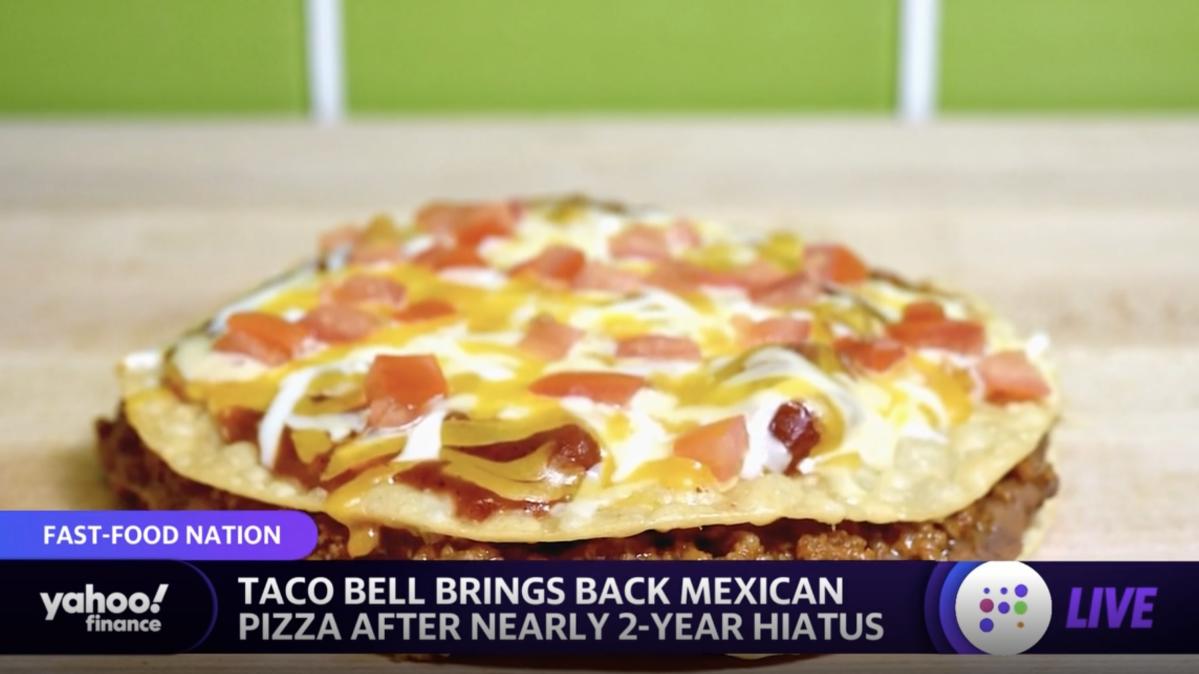