The restaurant business is tough at the best of times, but opening during a pandemic, when diners often couldn’t even enter your restaurant? That levels up the difficulty to a mind-boggling degree. Several Sacramento eateries whose opening plans collided with a historic crisis have waded into the fray, trying to build a customer base through word of mouth, takeout and delivery.

Some newcomers have done well with casual, focused menus, including street food like tacos and other items well adapted to takeout. Madar Afghan Fusion Street Food — the area’s first to focus on Afghan and Uzbeki street food — was in the works for eight months. The Roshan siblings’ new restaurant is a tribute to their mom’s home cooking (the name means Mother), with dough made from scratch to their mother’s specifications for their bolani (filled flatbread) and tandoor-baked samosas — a popular Uzbeki street food, according to brother Naseer Roshan. (The family, originally from Afghanistan, lived in Uzbekistan for a decade prior to coming to Sacramento in 2007.)

When the pandemic hit, Naseer said, he and sisters Farhat, Khadija and Nasiba decided to go ahead with opening even though the timing wasn’t exactly optimal. “Opening a restaurant in California is very difficult,” Roshan said, citing the many regulations and permits required. “After all that hard work, we figured we went through hell already — we might as well open.”

Besides, their landlord was charging partial rent, and losses were mounting, so the Roshans partnered with DoorDash, built out a seamless online-order system (with help from a friend of the family), and opened their doors. At first the restaurant was open for takeout only; now it has limited seating in a dining room decorated by sister Farhat’s paintings of Rumi poems.

“Even though we opened during a pandemic, the community has been really supportive,” says Naseer Roshan. Word of mouth spread not only on Yelp, but via a fan’s thread on the Sacramento subreddit, to Roshan’s surprise. “We’ve slowly picked up and we’re getting busy.”

And the family running Madar isn’t alone. Here are some of our picks for new places on the scene to support.

Note: Service (takeout or dine-in) and hours at newly opened restaurants are subject to change, so check the website or call ahead—and be prepared to be flexible. Got more suggestions for new spots trying to make it work at what might be the toughest time the restaurant business has ever seen? Let us know: [email protected]

Anything wrapped in dough is a good bet at Madar, where bolani (flatbread stuffed with a spiced potato filling) and the Uzbeki version of samosas are made from scratch, according to a family recipe. About those samosas: wrapped in a flaky puff-style pastry and filled with beef, chicken, or mixed potatoes and vegetables, and accompanied with a mint yogurt sauce, they’re worth the trip on their own. But don’t miss out on other items, such as a chapli (spiced ground beef) burger on a brioche bun, petite falafel sliders, or a crispy chicken sandwich with house pickles — the chicken also marinated and fried in-house. Meats are halal and never frozen and the kitchen uses local ingredients wherever possible. The focused menu (available via an easy online ordering system or with limited dine-in service) also includes fries with various toppings, such as sautéed chapli meat, and biryani baked under a domed crust. 2654 Marconi Ave. 916-827-0009. www.madarstreetfood.com

Chef Ramiro Alarcon, a native of Mexico City, attracted a loyal following with his refined Mexican cooking at East Sacramento restaurant Cielito Lindo, but announced its closure just as shelter-in-place orders began. Now he’s cooking at a new venture at the edge of midtown, Antojo Street Tacos, which opened in late May and offers a focused and casual menu. The menu replicates Alarcon’s clear, appealing approach to the regional flavors of Mexico. Tacos and other street food are featured, with brightly colored, larger-sized corn tortillas. Fish tacos — with flaky steamed cod, rich with herbs, crunchy with cabbage and spiked with the dusky heat of chipotle — are a highlight. Rich cochinita pibil (Yucatecan pork with achi ote) balanced by bright pickled onions or smoky, meaty arrachera (steak) are great choices as well, as are the greaseless, crunchy rolled tacos dorados filled with chicken. It’s not all tacos, though: Don’t miss the moist, tender chicken in subtly herbaceous, nutty pipian verde, or vegetarian and vegan items like surprisingly light mixed-vegetable enchiladas swathed in black bean sauce. 1535 N St. 916-822-4359. www.antojostb.com

This one’s for every midtowner who lamented the abrupt closure of the 29th Street Jimboy’s last year. Midtown Taco Company, the new occupant of that location, offers a lineup of American-Mexican-ish fast food that evokes, yet freshens up, the Jimboy’s legacy, if we can call it that, complete with the nostalgia factor of shredded iceberg. There are bean and cheese burritos and more elaborate versions of same, a big taco salad in a tortilla bowl, taquitos and more. We especially loved the fish tacos (available fried or grilled; the batter-fried, not shockingly, are more fun), the super-fresh, densely avocado-packed guacamole (no watery cubes of tomato here) and the golden crunchy tacos. The food is cheap and cheerful and there’s a convenient, low-contact drive-through, but the hours are limited and subject to change; check their Instagram feed (@midtowntacocompany) for updates. 1420 29th St., 916-452-1420.

With a big smoker and picnic tables out front, this ultra-casual beer joint was poised to attract plenty of its East Sacramento neighbors when it opened … in March, just as everything was shutting down. But the modest menu of hefty sandwiches and weekend barbecue (check the website, as offerings vary), plus a big beer list, are still standing in June as things reopen. On a recent weekend, the outdoor picnic tables were fairly full in addition to a brisk takeout business. What’s good? Go for a succulent, tender pulled pork sandwich with light, tangy coleslaw; a thick-cut and satisfying turkey, bacon, and avocado sandwich; and the creamy, rich mac and cheese— smoked on the weekends. Beer is also available to go, in growler form. 5610 Elvas Ave. 916-389-0288. Leftystaproom.com

Granted, a doughnut shop isn’t exactly a restaurant. But when they opened in early April the shop — punnily named for co-owner Aaron Coffey, not a misspelled version of the drink — sold out of its other namesake fast. That’s no surprise when you check out the lineup: tiramisu cream–filled doughnuts with their hint of espresso; deeply ridged and toothsome old-fashioneds with pastel glazes in flavors like taro and matcha as well as more expected maple; rich, many-layered cronuts; cake doughnuts with festive sprinkles or a s’mores theme, including a toasted marshmallow nestled in the doughnut hole. Trust us: taking home a half dozen will make you a pandemic hero and it’s easy to do safely. The shop is outfitted in plastic sheeting and other distancing precautions, plus this poignant sign-of-the-times on the tip jar: “Tips are hugs without physical contact.” 5611 Folsom Blvd. 916-999-0232. donutscoffey.com

Thu Jun 25 , 2020
The U.S. packaged food industry appears to be on a roll, courtesy of the rising demand for essentials amid the coronavirus-led stockpiling as well as increased at-home consumption. Well, the stay-at-home orders and other social distancing measures issued in March have highlighted a paradigm shift in consumer spending patterns, including […] 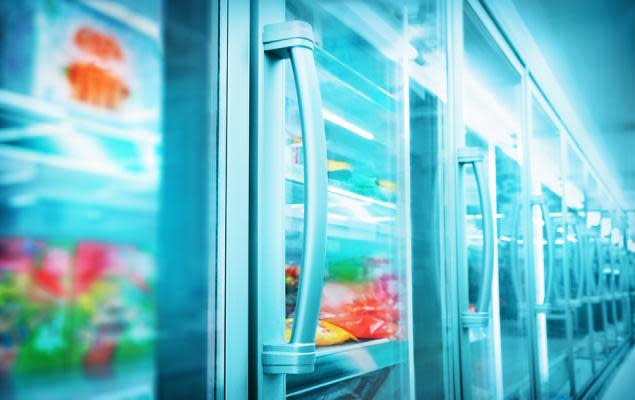