Gran Electrica, an upscale Mexican restaurant in downtown Napa that was beloved for its playful atmosphere and original margaritas, announced Friday that it will close its doors permanently. The news comes roughly three months after the restaurant shuttered temporarily for an extended winter break and almost four years to the day after it opened in 2018.

Tamer Hamawi, co-owner of Gran Electrica with his wife Blaire Scheibal, said that the challenge of finding staff was ultimately the reason for closing following a difficult few years due to COVID-19 and wildfires. The restaurant was “in a constant state of hemorrhaging” staff, particularly over the past year, Hamawi said. Gran Electrica lost two key employees in 2021: opening chef Ignacio Beltran (formerly of Thomas Keller’s Ad Hoc and the Restaurant at Meadowood) and longtime general manager Kat Weis, who departed to spend more time with her family. Staffing struggles also caused the restaurant to cut its menu in half, and it stopped serving main courses.

“We basically became a taqueria,” said Hamawi. “We had to change our service model and we weren’t able to give the kind of service we really loved to give. It was working, we were surviving, but it wasn’t what we set out to achieve.”

Gran Electrica has passed its lease on to another Napa restaurant, a barbecue joint called the Q Restaurant and Bar, which will soon vacate its north Napa location and move into the downtown space in the coming months.

Gran Electrica’s Napa location was a sister hub to the restaurant’s original Brooklyn, N.Y,. restaurant, which will remain open. The Wine Country outpost opened with a similar convivial flair to its big-city counterpart: There were pink neon signs, colorful tiles and custom wallpaper featuring Day of the Dead characters imbibing in Napa Valley.

The restaurant served a variety of tacos, like fish tacos battered in Negra Modelo, and more sophisticated entrees, like duck smothered in a pumpkin seed and chile-based pipián sauce. But it was the margaritas that drew patrons late into the night; the 20/20 margarita, for example, used carrot juice to concoct a healthy spin on the classic cocktail.

During COVID, Gran Electrica converted planters on its patio into picnic beds for safe, Instagram-friendly dining, and in 2021 launched a monthly DJ dance party called Salty Sundays. The event was so popular that Hamawi is contemplating continuing it as a pop-up event or at a new venue, enabling a small part of Gran Electrica to live on in Napa.

“We know the Napa community was really thrilled that we were doing them, so we’d love to keep them going,” said Hamawi. “We’re always throwing ideas around and we’re here (in Napa). We own a house here and at this point, we’re here to stay.”

Thu Apr 7 , 2022
In a world where chefs, restaurants and eateries are trying to create the most Instagram-friendly dishes possible, it’s no surprise that sports stadiums are going beyond the traditional hot dog and burger fare. The Phillies are all about this.  With a packed house expected on Opening Day for the first […] 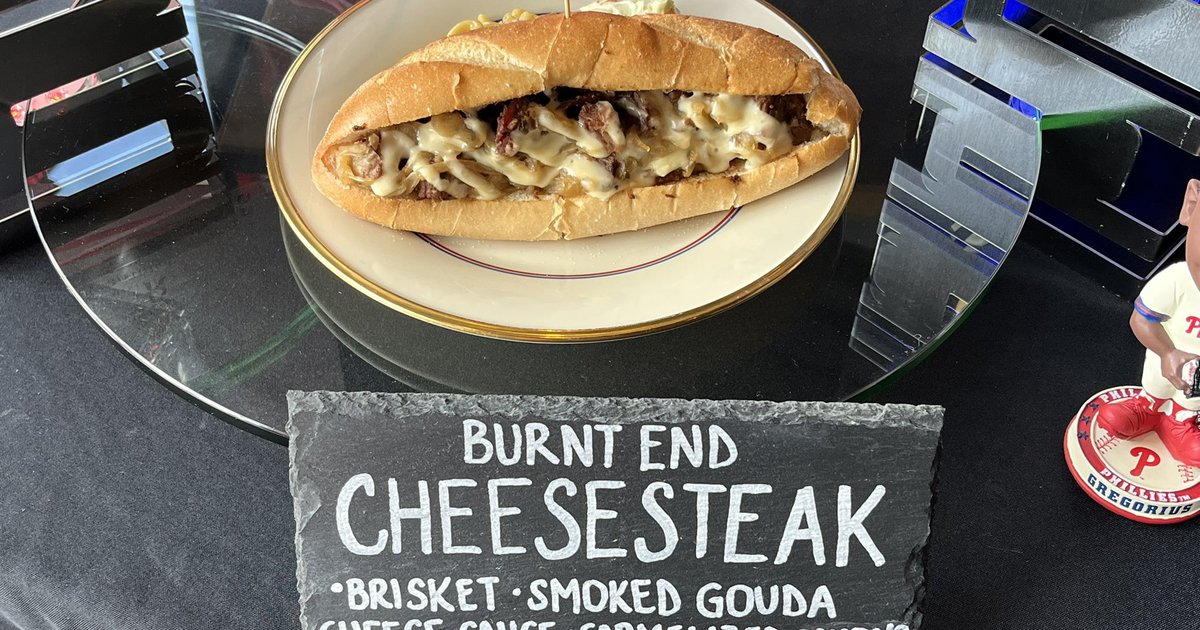