“It’s been in the back of our minds for a long time,” says Lisa Poole, whose great-grandfather Giuseppe Mossuto arrived in the U.S. in 1907 from the town of San Marco in Lamis, located in the “heel” of Italy’s geographic “boot” shape.

Lisa, her husband, Scott, and the couple’s three now-grown sons have kept Mossuto family traditions alive, even if it’s been the Poole name on the family’s first two Spokane restaurants.

Mossuto’s, which opened in November 2021, was inspired by the Italian food that Lisa’s family grew up eating and now serves at the restaurant, like tender meatballs ($15) made with beef, pork and veal.

Lacking a wood-fired oven, Mossuto’s innovated for its pizzas ($16-$21), for which the dough is fried so it’s very crisp, then topped with goodies and baked, like the Italian ($21) with prosciutto, blue cheese and a red wine balsamic fig sauce.

Additional menu items include scratch-made pasta like bolognese with pork and beef over pappardelle ($23; add $2 for gluten-free pasta); salads like caprese with burrata cheese ($16); and appetizers like veal-stuffed portobello mushrooms ($16).

“I go back to our concept with Poole’s, [which] was we serve food the way we like it cooked,” Scott Poole says. “We wanted to serve things that [Lisa’s] family’s been making.”

Scott remembers weekend meals with Lisa’s family, like steak and clam linguine. Mossuto’s honors both on its menu with the chef’s cut steak (market priced), cooked-to-order and served with roasted fingerling potatoes and seasonal vegetables, as well as steamed clams ($20) in white wine and garlic pan sauce.

“It seems like all the women taught the men how to cook so that they could drink wine and we would cook,” quips Scott, the George Burns straight man to Lisa’s effervescent, Gracie Allen-like personality.

Lisa’s favorite food from childhood is her mother’s lasagna “swirls,” or individually rolled lasagna noodles, which her mom baked 24 at a time in a giant cast iron pan. Mossuto’s serves them two to a plate ($21), stuffed with ricotta and spinach and bathed in a hearty meat sauce.

“The pan was so heavy she could never lift it out of the oven,” Lisa says, laughing at a memory of her sons, Trevor, Tony and Tyler, competing to see who could eat the most swirls.

Tony Poole, his wife Lauren and daughter Harper at Mossuto’s.

The Poole siblings have been integral to the family’s restaurants — and their parents’ retirement plan, Scott says. “Because, you know, we’ll be 65 here in a few years, so we’re thinking: transition.”

This year, the family finalized that transition, Lisa says. Although Scott and Lisa are still involved — reviewing the books, for example — each son runs a restaurant: Trevor and his wife have the North Side Poole’s; Tyler is at the South Hill spot; and Tony and his wife, Lauren, run Mossuto’s.

“We get requests to open a Poole’s in the Valley,” says Scott, but the answer is no.

“We don’t have any more kids,” he deadpans.

By the time the Poole’s opened their first spot in 2013, Tony had worked in several other Spokane restaurants, including Italian Kitchen (owned by one of Scott’s cousins), Famous Ed’s on the South Hill (now closed), and Zola bar downtown.

Although Tony attended Carroll College for history and earned a teaching degree, upon returning to Spokane he found he liked the restaurant industry.

“It kind of brought me out of my shell,” says Tony, whose superpower from studying history is remembering details without having to write anything down — picture the character Diane on the ’80s comedy Cheers.

“I was kind of an introvert most of my life and being forced to talk to people moved me along,” he adds.

Tony’s influence at Mossuto’s is evident in several ways. He curated the craft cocktail menu and the 160-plus bottle wine list, for example.

“Italian wine is probably the most difficult area of wine to start out on,” Tony says. “It’s debated about how many different varietals of grapes they have.”

Tony is also cultivating a collaborative environment in Mossuto’s kitchen, which in March welcomed new chef Riley Campbell, and will soon open for lunch service.

Campbell has added fresh sheet specials, like an airline chicken ($29) with a Chianti wine reduction, roasted potatoes and grilled asparagus. Locally made Tre Palline Napolitano Gelato is currently featured for dessert in a dish of pistachio gelato ($11), Luxardo cherry syrup and limoncello whip.

“That’s one thing about this industry, you can constantly learn from other people,” Tony says. “That’s something, especially over the last three weeks with Riley on, we can take advantage of— the expertise we have in the kitchen.”

Transforming the Fairwood Shopping Center strip mall space where Mossuto’s is located into an elegant dinner spot required creativity, too.

Both of the Poole’s Public House eateries were originally in strip malls, says Scott, who likes the contrast they offer with a humble exterior and exciting interior. Customer reviews from Poole’s Public House described a sense of discovering a “hole in the wall” type of place, he says, which they tried to emulate at Mossuto’s.

To achieve that visual contrast at Mossuto’s, the Pooles hung dark curtains and columns of twinkle lights in the windows, painted the ceiling black, the walls maroon and taupe, and added Old World touches like a brick façade to the bar area. They hung photos of family, created cozy dining niches with short walls and covered dark wood tables with black linen. The result is understated and elegant.

Determining the name of the restaurant was the final component.

While going through boxes several years ago, Lisa found a wooden plaque that employees had given her and Scott during a staff holiday party. It read: Mossuto’s Italian. 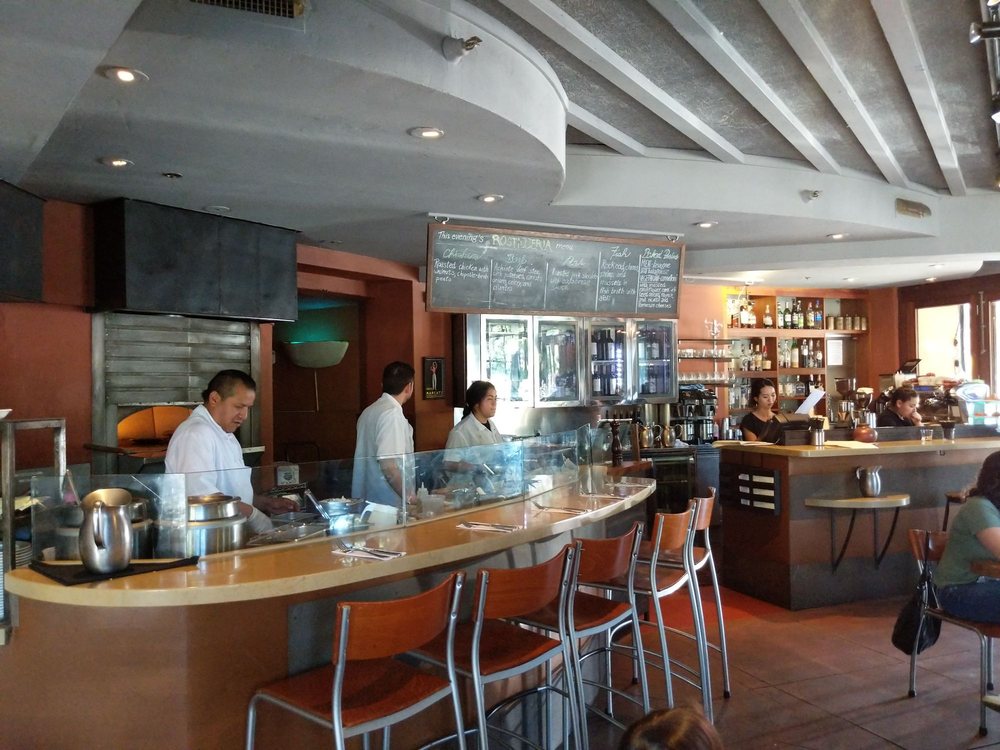