Last week was an eventful one for La Osita.

On Wednesday, the Southeast 122nd Avenue food cart had to open late after thieves made off with their power cable.

Two days later, owners Elizabeth Guerrero and David Doyle made an announcement that didn’t seem related, but sort of was: The cart had purchased the Montavilla neighborhood storefront formerly home to the century-old Taylor Court Grocery, 1135 S.E. 80th Ave., where they plan to open a cheery cafe home to La Osita’s signature breakfast tacos, espresso drinks and healthful smoothies, plus Saturday morning chilaquiles, Mexican pastries and more, and free from some of the usual cart headaches.

“You have to start somewhere,” said Guerrero, who grew up near the Portland-Gresham border not far from the cart. “We never really spoke about it before, but at the end of the day, it was a goal for us to get into a brick-and-mortar. I’m just very grateful.”

When I first visited La Osita in 2018, I thought it was a brick and mortar. At the time, the cart had an Instagram account and a WordPress page, but almost no other Internet presence. Google Maps showed a horseshoe-shaped strip mall without many signs of food or drink.

When I pulled up on my bike, I found a slate gray food cart serving some of the freshest food east of I-205, particularly those great brunch tacos, which Elizabeth and her sister Maria Guerrero made with thick-cut bacon, fried egg and pickled onion on a flour tortilla. Elizabeth took orders and poured green smoothies and cinnamon lattes made from Oaxacan coffee beans imported by Proyecto Diaz in the San Francisco Bay Area. Maria made tacos at the back of the small space. That year, we named La Osita one of the best new food carts of the year.

The next year, Matt’s BBQ Tacos and its Texas-style smoked meat tacos took Portland by storm. But La Osita came first, and has always felt like its own thing. Here’s what we wrote in 2018:

“These are hard tacos to classify: not traditionally Mexican, certainly not Tex-Mex. If anything, the bacon, egg and bell pepper combo is the kind of thing you might expect to find at a crunchy breakfast spot like Northeast Alberta Street’s Tin Shed or Bend’s Chow, a place where they hand out warm blankets for folks sitting outside or have special menus for dogs. Could they be the world’s first Portland-style breakfast taco?”

The new La Osita building has its own history. As The Oregonian/OregonLive’s Tom Hallman detailed in a 2018 feature, Portland once boasted more than 800 small neighborhood groceries such as Taylor Court Grocery, independent corner stores where customers could purchase cold drinks, fresh produce and after-school sweets. Built in 1921, the building — which now sports a vibrant white-and-teal paint job — sat on a former streetcar line, serving generations of Montavilla neighborhood residents.

Taylor Court Grocery closed at the start of the pandemic. A year later, Mel Hafsos, who ran the store with partner Errol Carlson for the last quarter century, passed away, according to a family letter published by Montavilla News.

Guerrero and Doyle, who will be joined at the cafe by Maria and a third Guerrero sister, Braulia, hope to honor the building’s legacy by hanging framed photos and documents from the building’s history and, space permitting, offering a small snack shelf and cold drinks near the old “Taylor Ct Grocery” sign. The brick and mortar’s menu will closely resemble the cart’s, plus a few specials, including Saturday morning chilaquiles (sign us up!), conchas and other Mexican pastries and a more permanent lineup of horchata and other aguas frescas.

Even after building a larger cart last year, La Osita was already in need of more prep space. “Elizabeth and her sisters do so much business, they can’t even answer phone calls,” Doyle said. “This was just the perfect fit.” Guerrero and Doyle plan to bring back a few bistro tables and planter boxes outside Tayor Court’s old awnings, and are thinking about converting a space between the 1,190-square-foot store and an attached house into additional outdoor seating.

“We don’t want to change anything beyond freshening it up to turn it into a restaurant,” Doyle said. “For the neighborhood, it’s a store that they’ve known for their entire memory. We’ve had people tell us they’ve lived here for 40 years. A lot of people are keeping their homes in the family and they like the tradition of it.

Optimistically, Guerrero and Doyle hope to open in late summer, though the couple did just get a tough lesson in dealing with delays. La Osita’s SBA loan, which was expected to take 30 days to complete, ended up taking three months, as the couple were asked to resend previously filed documents lost by their lender and jump through other hoops.

Taylor Court Grocery is a special place from another era: Tom Hallman

Letter of thanks from Mel and Errol (Montavilla News)

Tue Mar 29 , 2022
The emergence of Ukraine – once the target of forced mass starvation at the hands of Soviet Russia in the 1930s – as a major food exporter is an astounding example of human progress. Now Ukraine’s sudden, war-induced withdrawal from food supply chains, as well as stalled grain exports from […] 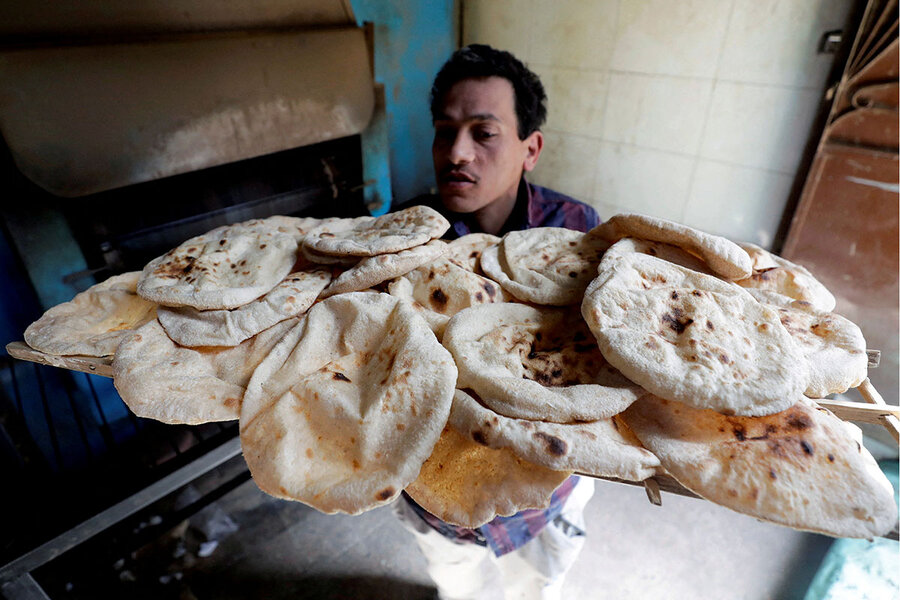