There is a memory Maria Natale has of when she was younger, and her dad would take her to get a bomboli or sfogliatelle or another Italian pastry from a coffee shop in New Jersey. Even now, decades later, the 38-year-old need simply bite into one of those delectable treats and she is transported to her youth and filled with joy.

That feeling of, and perhaps quest for, delightful nostalgia is what led Natale to open her own pastry shop. Natale, who also works fulltime as a health technician with St. Francis, opened Gio’s Pastry Shop at 218 A S. Main St., in Fountain Inn Jan. 23. The shop is a family affair, with Natale’s brother, sister, nieces and parents all chipping in to help.

Gio’s which is named after Natale’s dog (there is more to that story) is part pastry shop and part Italian market. Guests will find Italian specialties from the traditional filled doughnuts, bomboloni to cannolis, Italian rainbow cookies to tiramisu, Italian breads to traditional Italian clamshell cookies, called sfogliatelle.

Start the day smarter. Get all the news you need in your inbox each morning.

Among the market offerings are a selection of imported Italian cooking products like sauces, tinned fish, olives, beans and fresh and frozen pasta.

What else is coming: Italian restaurant, dentist, ice cream shop among 3 new business openings in Mauldin

Natale never really set out to be a professional baker. She always thought herself more of a cook, whipping up savory Italian-tinged dishes for friends and family. But, in 2017, baking became a necessity. That’s when Natale’s rescue dog, Giovanni tore his CCL. The diagnosis required surgery that would cost nearly $5,000.


While friends suggested she set up a GoFundMe to help cover the procedure, Natale felt uncomfortable asking for something without giving anything in return, she said. A passionate cook, Natale turned to what she knew, food, and began selling a few Specialty Italian cookies and breads through the state’s Cottage Food Law, which allows for producing certain food items in a home kitchen.

Within a short time, Natale had raised enough money for Gio’s surgery. She figured she’d stop selling but people asked for more.

The response both humbled and intrigued her, and it also planted a seed.

Encouraged by Fountain Inn Chamber of Commerce president, Whitney Ferguson, Natale began selling regularly at the Fountain Inn Farmers Market. She quickly developed a following among locals and many Northern transplants, who relished her treats that tasted like childhood.


“People tell me you know we moved here from up north and I remember going to these places with my grandparents, and now my kids have the opportunity to come with me,” Natale said of food and memory. “That’s what I love about it is it kind of gives them that nostalgia from their childhood and pass it onto their kids.”

And that’s how the idea for something more grew. The brick and mortar shop has allowed Natale to grow her offerings, and, she said, to provide a taste of Italian and Italian American culture, her culture, to the Upstate.

Natale’s parents, Ermindo and Elisa Natale immigrated from Abruzzo, Italy and made a life for themselves and for their family in the United States. Both worked their way up, Natale said, her father eventually opening several Italian food businesses, and her mother operating her own hair stylist business.

At the center of everything was food.


Natale learned to love to cook with her mother and father directing her. She recalled peeling tomatoes for marinara sauce at the age of five and relishing the joy and familiarity cooking could bring.

Today, both Ermindo and Elisa work alongside their daughter, baking and preparing the treats for Gio’s.

Plans for the future call for adding more items, perhaps even some savory ones, along with more market products, Natale said. But for now, she is content to remain small, she said.

“I want people to feel like when they come into our shop, they’re not just another face, but they’re family to us,” Natale said. “I don’t want it to be such a big operation that you lose that factor.”

Lillia Callum-Penso covers food for the Greenville News. She loves the stories recipes tell and finds inspiration in the people behind them. When she’s not exploring local food, she can be found running, both for pleasure and to keep up with her 5-year-old twins. Reach her at [email protected], or at 864-478-5872, or on Facebook at facebook.com/lillia.callumpenso.

Sat Feb 6 , 2021
One of New York City’s most beloved Italian restaurants is taking a quick trip to the Jersey Shore. Patsy’s Italian Restaurant, a Theater District staple since 1944, will launch a pop-up at Asbury Park’s historic Berkeley Oceanfront Hotel starting Feb. 5, the restaurant announced on Facebook. Reservations for the pop-up […] 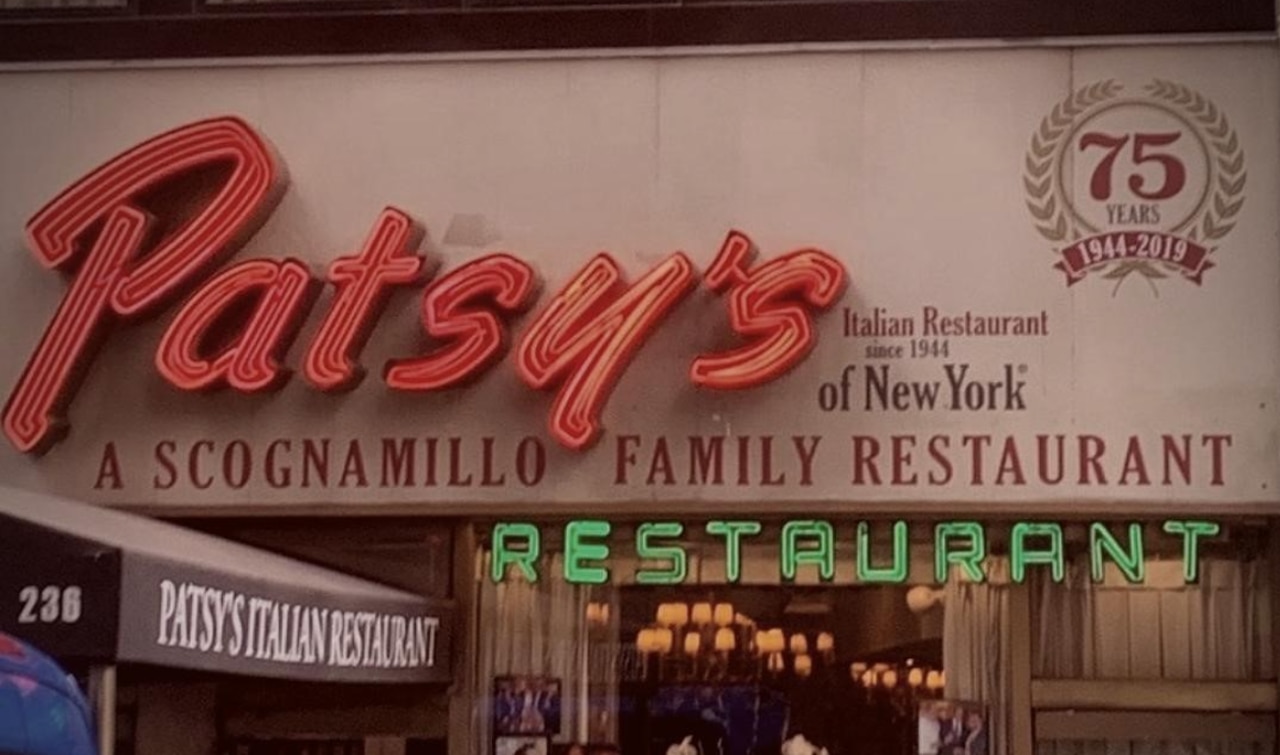