A food court employee who was seen smoking while handling food without gloves has been sacked by Food Junction, a spokesman told Stomp.

A customer shared photos of the incident online after catching the man in the act at Junction 8 shopping mall last Thursday (Mar 17), at around 7.55pm.

When contacted by Stomp, the woman said she had ordered dinner from What The Fish, the food court’s grilled fish stall.

“I waited at a distance away for my food to be ready. At 7.55pm, I checked the order time on my receipt and it showed 7.45pm. As the customers ahead of me had collected their orders, I moved nearer to the stall.

“While still waiting, I looked through the kitchen window and saw the food handler inside using both of his hands without gloves to put the golden mushroom and other ingredients into the serving pots (two to three pots were being prepared at a time).

“He then moved to the left and with his back to me, continued to use his left hand to put ingredients into the pots.

“The most disturbing sight was when I realised there was a lit cigarette on his right hand and smoke was rising from the cigarette.”

The customer, who wished to remain anonymous, told Stomp that she decided to take photos of the employee through the kitchen window. 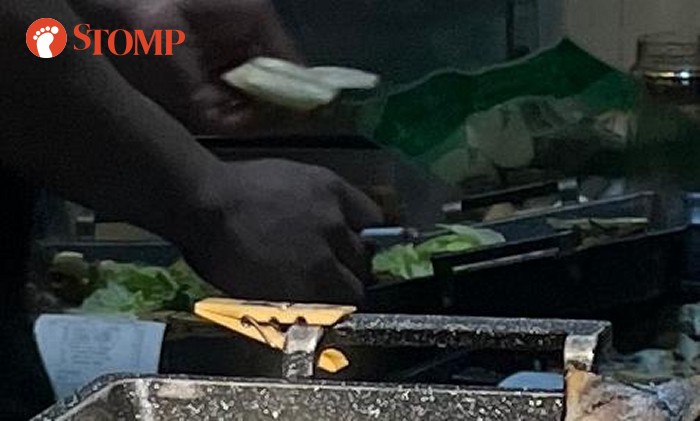 She added: “The pictures show his left hand with food (without gloves) and his right hand with a cigarette. I found it unacceptable that he was touching food and cigarettes at the same time.

“I quickly walked to the door at the side of the kitchen and managed to take a photo of the same food handler with a lit cigarette in his mouth.

“After taking the photo, I told the lady at the counter that I wished to cancel my order and asked for a refund. I informed her that the person cooking inside was smoking and that I had taken pictures of him doing so.

“The lady went into the kitchen with my receipt. I heard her telling the person that I had seen him smoking and wanted a refund. Thereafter, she came back to the counter and refunded me.”

The customer said she did not inform Food Junction about the incident, but has reported the matter to the Singapore Food Agency (SFA).

In response to a Stomp query, a spokesman for Food Junction said it has investigated the incident.

A stern warning has been issued to the tenant who is operating the stall.

The spokesman told Stomp on Monday (Mar 21): “The staff involved was also terminated with immediate effect for failing to comply with our company policies and government restrictions.

“We have reiterated the severity of this to all our other tenants and will continue monitoring and enforcing all necessary measures and guidelines constantly.

“We would like to assure the public that food safety and hygiene remains our topmost priority and we will continue to ensure our stringent operational measures are strictly enforced.”

These 'Healthy' Fast-Food Favorites Are Actually Much Saltier and Fattier

Tue Mar 22 , 2022
When you think of the words “plant-based,” you probably think that these food items would be healthier than their meaty counterparts. However, a recent analysis by Daily Mail shows that isn’t the case at all. Looking at items sold at popular chains with plant-based options such as McDonald’s, KFC, Subway, […] 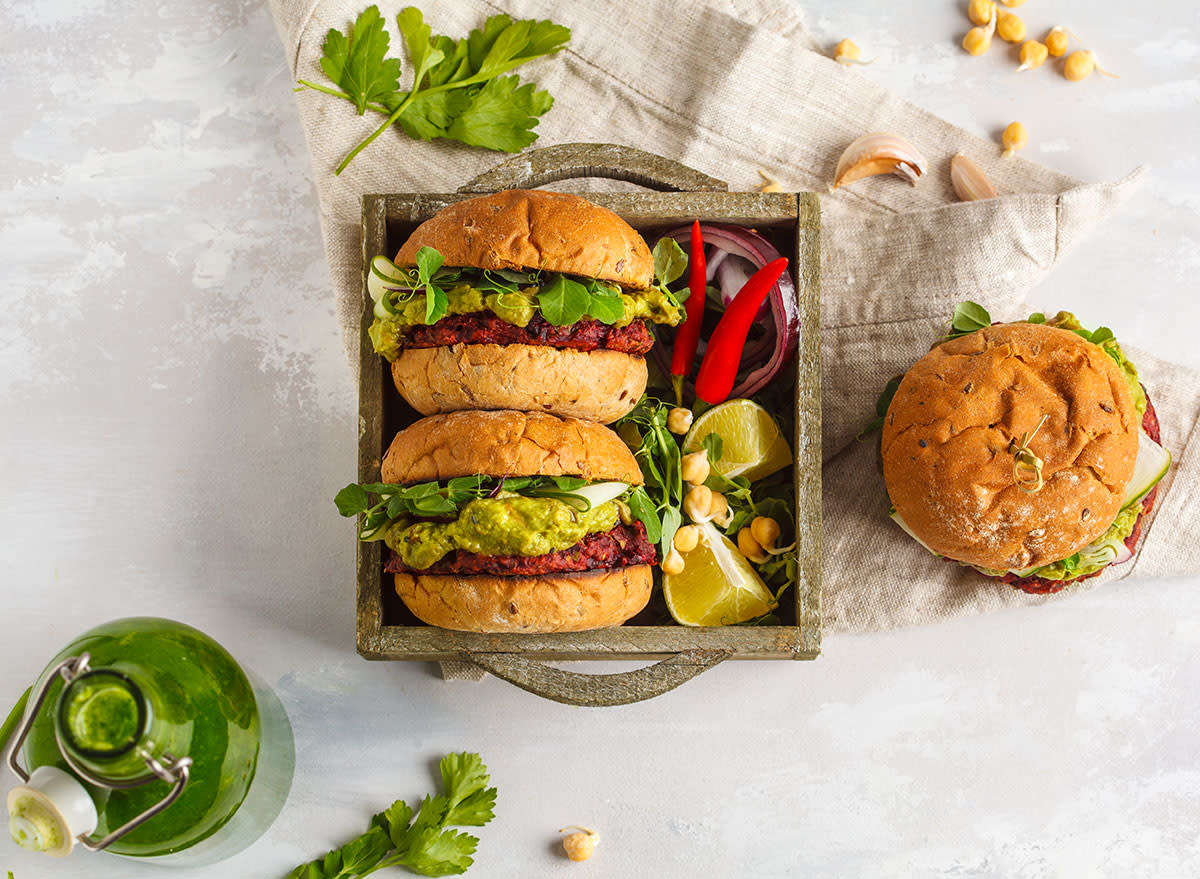