JOHNSON CITY, Tenn. (WJHL) — Johnson City’s downtown core will get a new Mexican restaurant with the anticipated May opening of “Diablo” in the former Willow Tree Coffee House space at 216 E. Main St.

The large space (about 3,800 square feet excluding the kitchen) has been vacant since August 2020. Sahib Indian Restaurant owner Vik Vatrana said he’d thought about a second restaurant for years and both timing and location were right for the new venture.

“We’re going to have dining and live music and DJ,” said Vatrana, who has operated Sahib for more than 15 years. The new restaurant will offer sit-down dining for lunch and dinner, and Vatrana hopes to find a late-night chef to continue dining room service until 11 p.m. or midnight.

If things go according to plan, the new restaurant will also bring change to a space that’s seen its share of issues over the past year — a breezeway linking East Main and downtown square. The restaurant’s exterior wall forms that breezeway’s west flank and gives Vatrana the opportunity to try and put the space to use.

“We’re adding the patio,” Vatrana said. “The city’s working with us on this and they’re very helpful and very cooperative which is a blessing.”

With a patio option, general manager Kartik Kumar will oversee three spaces — a standard dining room, a bar that will double as extra dining early in the day, and the outdoor space. Vatrana has mentored Kumar in all aspects of the restaurant business at Sahib for the past several years.

“I have a good mentor and I’m always grateful for that,” Kumar said. “For this project he was like, ok, if you want to manage it I’ll do it.”

‘Thank you, we will miss you’: Willow Tree Coffeehouse in downtown Johnson City closes for good

A strong food offering is the baseline and Kumar said diners will get a bit of south Asian fusion to go along with the Mexican foundations.

“I always have a love for Mexican food since I came here, they love spice, I love spice too,” he said. “It’s a quick bite thing, so we were like, ‘let’s do something, let’s take Mexican food to a new level.”

Kumar said he believes people in his age range (he’s 27) want something new in town later at night.

“I work like 10 to 10 sometimes, so after 10 you need somewhere to just chill down and enjoy with your friends, so that was the main motive.”

While the space may not look like much now, with old equipment from the beloved coffee house’s days still crowding the floor space, Kumar said he and Vatrana have many of the details planned out.

“We actually have a vision, and I don’t want to disclose anything right now but after it’s completed people will love it,” he said. “The infrastructure and equipment we’re bringing in is something modernized, like next level.”

Fri Mar 25 , 2022
The World’s Greatest 50 Eating places is a listing produced by UK media firm William Reed Business Media , which originally appeared in the British magazine Restaurant , based on a ballot of worldwide cooks , restaurateurs , gourmands and restaurant critics In addition to the primary rating, the organisation […] 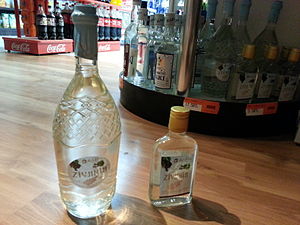