Walking through a supermarket aisle nowadays in Mexico can be overwhelming, if you are aware of this new food labeling using a black octagon with warnings similar to a stop sign. “Excess sugars,” “Excess saturated fats,” “Excess sodium” and so on, are some of the haunting messages that surround you while grocery shopping.

Basically – I would say – all products have some kind of warning, except for fresh foods (here is the message!). But the fact that your favorite pasta sauce or chocolate bar has it, does not necessarily mean it is poison. You just have to moderate consumption, as you should have done before.

The funny thing here is that many people were so at ease and relaxed eating certain foods because they thought they were so healthy, and all of the sudden they realized that wasn’t necessarily the case. One particular case that attracted my attention involved yogurts. One Mexican food retailer declared that yogurt sales decreased. As per the INEGI (the National Stats Institute of Mexico) by November 2020 a 7.7% decrease from 2015 consumption rates (the highest rate, by the way) was registered.

The reason is that consumers did not expect to see those warnings in yogurt, so they are modifying habits. That did not happen in cookies or ice cream, because they did expect a warning there. Interesting.

Yogurt is known to be consumed mainly for breakfast. It is also known that it directly competes with eggs at breakfast. If consumers are changing habits, is there a window of opportunity here?

Fresh eggs do not need to be labeled with the black “stop signs.” However, promoting their nutritional value compared to cereal bars, yogurt and other sugary products may be worthwhile. We have everything to win.

What do you think?

Sat Feb 6 , 2021
A platform for experimenting with new flavors and dishes, in addition to components of service, design and décor. A typical Chinese meal may have two issues – a carbohydrate or starch like noodles , rice or buns, and accompanying stir fries or dishes of veggies, fish and meat. They use […] 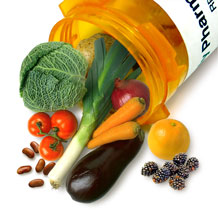