If you can’t get a reservation at brand-new Italian restaurant Carbone in Dallas, there’s now a new place to eat and drink next door. Carbone Vino opens April 7, 2022, in the Dallas Design District, serving a separate menu of pastas, pizzas, wine, cocktails and desserts.

Although parent company Major Food Group now has five Carbones across the world, none of them have this counterpart, Vino. It’s partly a real estate thing: Before it was Carbone and Vino, this space in Dallas was Sassetta and Wheelhouse, two separate but related restaurant-bars.

At first, co-founder Mario Carbone wondered whether they should open two Carbone dining rooms, facing one another. After all, the restaurant is known for being “your favorite celeb’s favorite restaurant,” Harper’s Bazaar says — a place where Kim Kardashian, Jennifer Lopez and Adele have eaten. Couldn’t they double the pleasure?

“Putting Carbone on both sides immediately felt wrong,” chef Carbone says. “We’d have two Carbone kitchens,” he says, which would mean two pasta stations, two pastry counters and, possibly, inconsistent food from one side to another.

“So we made a new Carbone offspring,” he says.

Vino is more bar-focused than Carbone, in part because Carbone has no room for a big bar. Vino takes that theme further, with glass display cases throughout the restaurant housing wine. 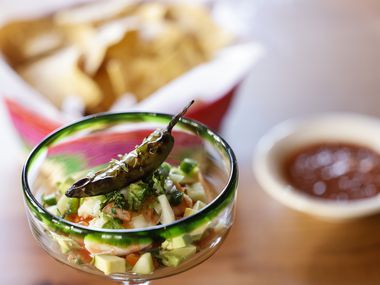 Vino has the DNA of Carbone, but it might be easier to get a seat. Vino maintains the old-school Italian-American charm that Carbone is so well known for.

“It shouldn’t be more casual,” Carbone says, “it should be different.”

Here are four things to know about Vino.

Vino has a separate dinner menu from Carbone.

The menu consists of Italian-American classics that, mostly, aren’t on Carbone’s menu. Dinner might start with a charcuterie board or a vegetable antipasti platter, two shareable dishes that the chef wanted to serve at Carbone but didn’t have the space.

“It didn’t work at Carbone because, honestly, [the original in New York] is a shoebox of a kitchen. … I wanted this really precious platter of vegetables that was really not going to work,” he says.

In Dallas, it just might. The veg platter comes with roasted carrots, a pickle salad, a broccoli and pecorino fritter, and the like.

Carbone hopes the thin Sicilian pizza will be a popular order, too.

Vino will be a flashy place but in its own Carbone-adjacent way: Pastry chef Stephanie Prida has created an adult ice cream sundae made with vanilla gelato, a scoop of Maraschino cherries and toasted almonds. It’s served in a big, vintage bowl, and shareable.

3 Carbone dishes will be available.

Vino might become a place for Carbone hopefuls who can’t score a table. Or for Carbone customers who arrive early and want a drink first. Its co-founders wanted to offer a few dishes at Vino that are served exactly as they are next door.

“I didn’t want the customer to have to choose one or the other,” Carbone says. “So we took some of the most popular dishes and we’ll serve them at Vino as well.” 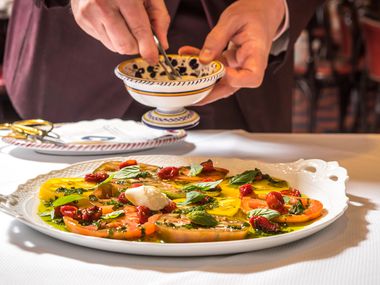 A glass of wine is bigger here.

Customers can order a regular glass of wine. Or they can order a quartino, which is a glass and a half.

(I think there’s another thing happening here: It’s an opportunity to say you had two glasses and know it was really three.)

The staff at Vino will also open “anything they want” on a given night, then serve it by the quartino. It’ll help the staff move good wine faster, and it’ll offer an air of mystery and exclusivity to wine drinkers.

Diners can walk into Vino without a reservation.

Reservations are encouraged but not required.

Vino will have “a large section of the dining room for walk-ins,” Carbone says.

Vino is next-door to Carbone, at 1617 Hi Line Drive, Dallas. It opens Thursday, April 7, 2022. Dinner only, like Carbone. Closed Mondays, for now. Reservations are encouraged via Resy but not required.

Fri Apr 15 , 2022
The eight teams in the Hundred all carried KP Snacks logos on their shirts An advertising campaign run by KP Snacks and The Hundred has been banned for targeting junk food at children. An email sent to an England and Wales Cricket Board (ECB) mailing list and a KP Instagram […] 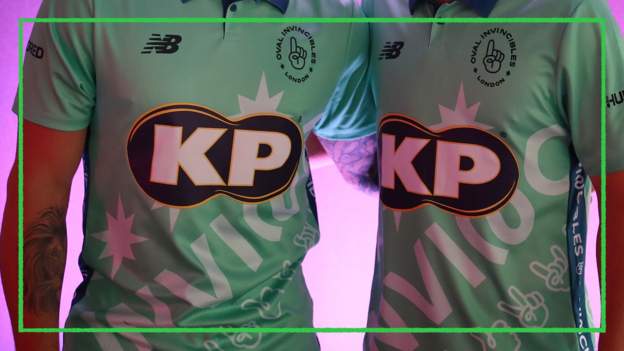